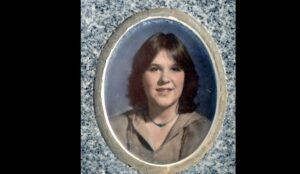 Robert Ybarra was charged with the murder of Nancy Griffith in 1979 after the 15-year-old girl survived long enough to identify Ybarra for police after he raped her, drenched her in gasoline, lit her on fire and left her for dead in White Pine County. Ybarra was tried and sentenced to death. But NV Dems never mentioned Nancy. Instead their bill would let Ybarra off the hook.

Nevada currently has 83 prisoners on death row in Nevada. Edward Wilson has been sitting on death row the longest, since 1980. Dems complain that the death penalty is too expensive but that’s because they are the ones trying to run out the clock with endless appeals in an effort to obstruct the will of the people.

Lifers pose an extreme risk to other inmates and guards without the death penalty. They literally have nothing to lose if they kill more people while locked up.

Justice reform also means treating murder victims like Nancy and their families with respect and dignity which Dem anti-death penalty laws objectively fail to do.