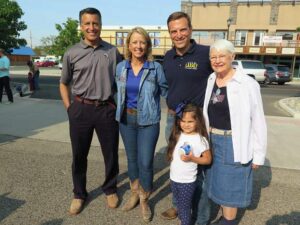 Former Nevada Attorney General Adam Laxalt was interviewed on the Heidi Harris show about the NVGOP’s lawsuit against RINO BARBARA CEGAVSKE and Clark County Elections Department, fighting to simply count the ballots. Laxalt went after Cegavske for not fighting with the GOP but fighting with the Democrats in Clark County.

Last week, in his decision, Judge Wilson said the President of the United States didn’t have sufficient standing to bring the case. The President is on the ballot and of course has standing. The case is being appealed to the Nevada Supreme Court and maybe to the U.S. Supreme Court.

The judge also ruled there was nothing wrong with the way the Clark County Elections Department was hiding their process from poll watchers and calibrating signature verification computer systems down to 30% accuracy.

Laxalt went on attacking Cegavske for not stepping up and speaking out about the problems with the system and for not joining the President’s side on court.