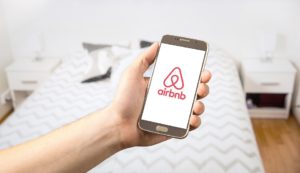 Earlier this week, the Las Vegas City Planning Commission voted 4 to 3 to ban short term rentals in the City of Las Vegas like seen on Airbnb. Hundreds of homeowners came and spoke in favor of Airbnb and many homeowners came and spoke against the practice. The City of Las Vegas started requiring a license a year ago from proerty owners to rent out their homes for less than 30 days and aggressively targeted homeowners with code enforcement visits and fines.

We spoke to one woman named Michelle who owns a couple of homes she purchase, rehabbed and now rents out through Airbnb. She says she has made a living off renting out her two homes earning as much as $1,000 a week from short term renters. She told 360 how she screens prospective renters to insure they have a solid track record of leaving a home clean and not causing any problems. On Airbnb, renters are screened and records are kept about renters history to prevent party houses and other issues. She said she only rents to people with a solid rental history.

While there have been stories of parties causing problems in a few neighborhoods that hasn’t been most homeowners’ experiences according to their testimony before the planning commission. One homeowner said quit defiantly “This is my home and I have a right to rent it out, period.” But some people argued that their peace and quiet has been under assault by a short term rental in her neighborhood and spoke out about the practice.