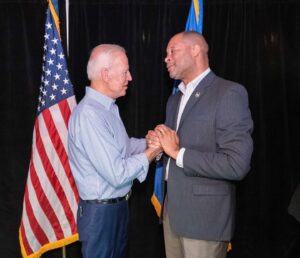 Sigal Chattah, the Republican nominee for Nevada Attorney General, filed a lawsuit this week in Carson City District Court against Nevada Secretary of State Barbara Cegavske for refusing to remove Libertarian Candidate John T. Kennedy from the ballot. It turns out, according to Sigal’s lawsuit, Kennedy doesn’t have a law license in any state, let alone in Nevada, which is a required qualification to be the Attorney General of Nevada. Go figure.

But as usual, our Republican in name only, Secretary of State Barbara Cegavske, refuses to follow the law and remove Mr. Kennedy from the ballot. NV AG (D) Aaron Ford won his seat by.05 percent in 2018.So Ford desperately needs a right-leaning third party libertarian in the race to win. According to John T. Kennedy’s candidate disclosure, it appears he’s a Pacific Gas & Electric Pension retiree. Kennedy, to date, hasn’t raised a dime.

BTW, Joey Gilbert is representing Sigal Chattah in Carson City District Court. It should be interesting to see what the judges do with this case. Wilson and Russell have protected the establishment 100% so far in every case brought before them over the last 4 years. Russell was forced to recuse himself because he’s related to Cegavske’s press agent, which he forgot to tell the voters of Carson City back in 2020 when he ran for reelection then adjudicated Trump’s 2020 election fraud lawsuit before him. 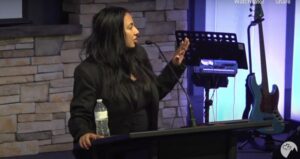 In Sigal’s complaint, she states

“That, on July 26, 2022, Plaintiff notified defendant Cegavske’s office that Defendant Kennedy is not a member of the Nevada Bar by filing an election integrity complaint. That on August 17, 2022, Defendant, Secretary of State, issued a correspondence that Plaintiff’s time to object had expired on April 5, 2022 under NRS 193.182 to run for office”

“The Defendant, Secretary of State, failed in her obligations to verify that Defendant Kennedy had in fact met the qualifications of NRS 228.010 to run for office.”

Cegavske’s press agent had no comment. Her office has criminal investigators to investigate voter fraud and all criminal allegations related to elections such as this.  Kennedy signed, under penalty of perjury, that he was qualified to run for NV AG. This isn’t the first time Cegasvke has refused to enforce the law when it benefits Democrats.

Cameron Miller, Democrat candidate for Assembly District 7, signed his candidate form under penalty of perjury, claiming to live at the address he listed.Now it has come to light that he may not be living at the condo and is under investigation here in Clark County.

According to a Vegas detective, Cameron Miller has been living at his parents’ house and not in the condo he signed under penalty of perjury as his official residence on his candidate form.

Cegavske is refusing to investigate Miller after his opponent, Tony Palmer a former police officer, filed a formal complaint. Cegasvke’s office claimed their authority to challenge the qualifications for a candidate expired along with their authority to investigate. So the lesson is, if you can get away with lying on your candidate form until March, you’re home free, according to Cegasvke. 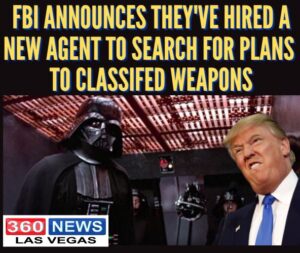