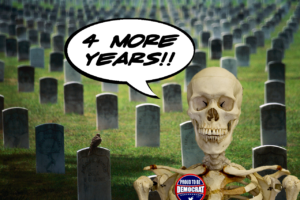 (Washington, DC) –  Judicial Watch filed a lawsuit today in order to gain access under federal law to voter registration lists in Montgomery County, Maryland. The suit was filed against Montgomery County and the Maryland State Boards of Elections under the National Voter Registration Act of 1993 (NVRA). The lawsuit was filed in the U.S. District Court for the District of Maryland, Baltimore Division (Judicial Watch vs. Linda H. Lamone, et al. (No. 1:17-cv-02006)).

In an April 11, 2017, notice letter sent to Maryland election officials, Judicial Watch explained that there were more registered voters in Montgomery County than there were citizens over the age of 18. The letter threatened a lawsuit if the problems with Montgomery County’s voter rolls were not fixed. The letter also requested access to Montgomery County voter registration lists in order to evaluate the efficacy of any “programs and activities conducted for the purpose of ensuring the accuracy and currency of Maryland’s official eligible voter lists during the past 2 years.” On July 7, Maryland denied Judicial Watch access to the voter registration list because Maryland laws supposedly restricts the release of voter registration information only to Maryland registered voters.

But Section 8(i) of the NVRA provides that “[e]ach State shall maintain for at least 2 years and shall make available for public inspection and, where available, photocopying at a reasonable cost, all records concerning the implementation of programs and activities conducted for the purpose of ensuring the accuracy and currency of official lists of eligible voter.”

Judicial Watch, in its lawsuit, noted that the registration list it requested from the Maryland and Montgomery County boards is covered under Section 8(i) of the NVRA:

“Section 8(i) of the NVRA contains no requirement that only an individual person or a registered voter may request the documents that the statute describes.  Accordingly, Section 8(i) authorizes and entitles Judicial Watch to inspect and copy the requested voter list.”

Judicial Watch regularly requests and receives records from state and local governments pursuant to Section 8(i) of the NVRA.

“Maryland needs to make this voter registration information available as federal law requires,” Judicial Watch President Tom Fitton said. “Maryland doesn’t want its voter rolls mess to be exposed by Judicial Watch, and we hope the courts move quickly so we can begin the process of cleaning up the voter rolls. This is a national problem and Maryland is one of many legal battles for clean elections.”

The director of Judicial Watch’s Election Integrity Project is senior attorney Robert Popper, who was formerly deputy chief of the Voting Section of the Civil Rights Division of the Justice Department.