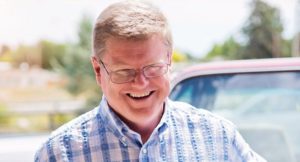 In Washington D.C., Nevada Congressman Mark Amodei (R) District 2, voted for the Paul Ryan Budget spending $1.1 Trillion dollars on everything from sanctuary cities, Obamacare, refugee resettlement programs to planned parenthood. But no cash for the border wall and no cuts in any departments.

Congressman Amodei’s website had no official press release or statement issued regarding his vote. His communications staff refused to issue a comment on the Congressman’s vote today.  The 309-118 vote sends the bill to the Senate where Senator Heller’s staff and website seem to be lacking any information as well.

All of Nevada’s liberal Democrats in Congress voted yes for the spending bill, including Dina Titus, Jacky Rosen and Ruben Kihuen.