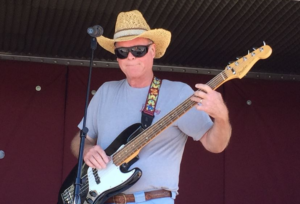 In a March 22, 2017 ruling, District Court Judge Nancy Alf dismissed the last request for declaratory relief by the Queensridge homeowners. The City of Las Vegas has claimed from the onset that NRS Chapter 278A did not apply to the City of Las Vegas because the city never adopted an ordinance to implement the statutes provisions. This dismissal should put an end to Badlands as the single issue to discuss in the current municipal election in Ward 2.

In her order Judge Alf stated, “…after review that NRS Chapter 278A only applies to the city of Las Vegas upon enactment of an ordinance which the City of Las Vegas has not adopted”.

“The City of Las Vegas, from the very beginning, has taken the position that the owner has the right to develop the land. That right was granted by the City 30 years ago” said Bob Beers.

Councilman Beers is running for re-election and has drawn erroneous criticism from his opponents of being “in the pocket” of the Badlands developer.

Steve Forsythe, Beers Campaign Manager added, “This is the second judge who has ruled to dismiss the lawsuit filed by the “select few” who are unhappy with the law. Any future political mailers and communications from our opponents that continue to belabor this issue or the inverse condemnation issue are disingenuous and irrelevant.”

Beers added, “There are so many other issues facing Ward 2, all 105,000 residents and not just a handful. I challenge my opponents to start discussing them”.