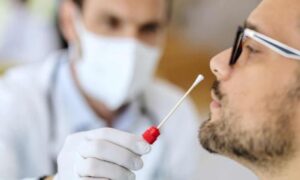 This week, the CDC pulled emergency approval for the CV19 PCR tests admitting they confuse the Flu with CV19. These are the tests the media have been using to claim CV19 infection rates are on the rise.

The PRC tests have had a huge false positive problem from the start. What’s worse is law makers and policy makers have shut down our economy using these false positive tests. But the media continue to use PCR test results in their “news reports”.

CDC pulled PCR tests off the market this week because they can’t differentiate between CV19 and Flu. So, its clear today the real misinformation came from the CDC and the PCR test results, but I won’t hold my breath waiting for social media to flag them.