ASSEMBLYMAN OSCARSON REFUSES TO ACCOUNT FOR $41k IN REPUB CAUCUS $$ 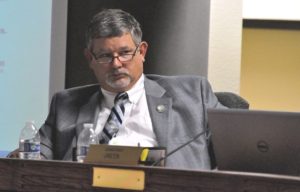 Republican Assemblyman James Oscarson (AD 36) of Nye County and Pahrump, controls the Growth and Opportunity PAC which is supposed to raise money for Republican Assembly Caucus members and candidates. According to the official C&E report filed with the Nevada Secretary of State on January 16, 2018, Oscarson’s PAC took in $47,500.00 in 2017 and spent $139,396.03. There was no data indicating how much money he has on hand.

Republican Assembly Caucus members are fuming mad about $41,000 that Oscarson refuses to account for. The $41,000 was paid to unknown and undisclosed credit cards in large lump sums, including one payment to an unknown Capital One Card on October 24, 2017 for $14,493.15. Oscarson is refusing to disclose the names of the card holders or the vendors the $41,000 was paid to through the credit cards.

One Republican Assemblyman we spoke with who didn’t want to be identified said “Oscarson could be paying his mortgage with that money for all we know.”

Rich Bunce who’s running for Assembly District 22 was promised a check from the PAC which still hasn’t come thru, according to well placed sources.

Donors expected their contributions to help Republican Assembly Caucus members, but many are now asking questions.

360Daily.net reached out to The Growth and Opportunity PAC’s listed secretary, Omar DeLaRosa, but he hung up on us when we asked about the unaccounted money. 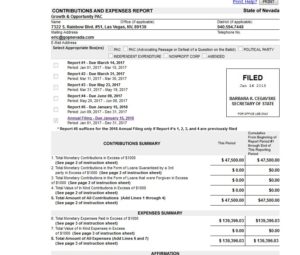 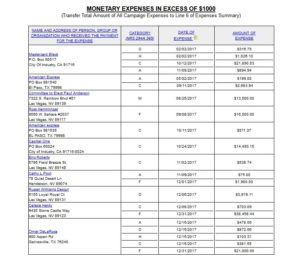