IS NV DMV’S COMPUTER DISASTER A THREAT TO ELECTION INTEGRITY?

IS NV DMV’S COMPUTER DISASTER A THREAT TO ELECTION INTEGRITY? 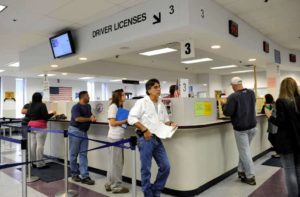 After 360 News Las Vegas reported yesterday about the problems with the DMV’s computers inability to flag felons and green card holders when transmitting voter registration forms to county registrar of voters offices in light of question 5 on the ballot this November that will automatically opt in everyone who has a driver’s license or State Id card, the Nevada Policy Research Institute published a story today about the DMV’s disastrous attempt to purchase a new computer system.

As Published by the NPRI:

And from there, things pretty much went downhill.

The program quickly fell behind schedule, and it wasn’t hard to see why. Among many other problems, one major obstacle jumped out at auditors: Not all of the tech company’s employees working on the project could actually speak English!

Apparently, the “DMV had to edit project documentation and meeting minutes provided by the contractor for grammar and spelling because they were not written in a clear manner and were not useable.”

Imagine awarding a $75 million technology contract to a foreign company, then receiving the meeting minutes written as if they were hastily translated through Google — because that’s basically what the DMV seemed to be facing, despite having spent $25,000 to develop a “communications plan” with the firm!

Thankfully, the company was eventually fired — but not before the DMV spent roughly $17 million with the non-English speaking tech firm.

The whole sad saga of the DMV’s experience as well as other egregious examples of government waste are outlined in detail in Nevada Policy’s most recent edition of The Nevada Piggy Book, which is now available online! They’re the kinds of stories that make one wonder just what else government is throwing our tax dollars after.