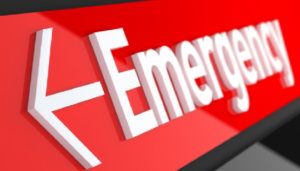 Today’s private insurance policies are nothing more than catastrophic health insurance just like back in 2002, accept today we are paying for ourselves and 4 other people. Let’s face it unless we suffer a major accident or illness we are never going to meet the $6,000 annual deductible. Obamacare’s requirement that private insurance companies cover people with a pre existing illnesses, to cover the poor and to cover the mentally ill has turned private health insurance to into a welfare redistribution plan. So what’s the solution to bringing down premiums so more people have health insurance coverage that actually covers something? Medicaid!

We all agree that we must protect and care for our sick and vulnerable. And we Republicans believe in a safety net for our friends and neighbors. Conservatives have said along, back when the Democrats were trying to shove Obamacare down our throats with tricky midnight votes in the Senate lead by Harry Reid, that Medicaid was the solution. We argued that by expanding Medicaid to cover people with preexisting illnesses and covering the poor when they go to emergency rooms, we could continue to offer low cost health insurance to Americans and businesses, by keeping premiums low.

Private Health Insurance is not insurance if the companies are required to cover someone after they get sick, that’s called welfare. If a car insurance company was required to cover drivers after they rear ended another car, the company couldn’t survive without sky high premiums. And that is where we are today. By allowing private insurance companies to return to covering people before they get really sick the free market and competition for new customers will drive premiums back down helping businesses and young Americans get the coverage they need and can afford.

So Medicaid is and has been the obvious solution from the beginning to caring for the sick in order to keep private health insurance premiums low and accessible for all Americans.