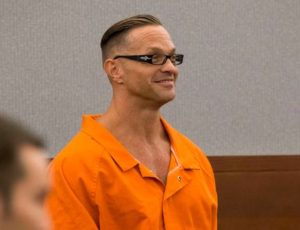 Condemned double killer Scott Dozier is scheduled to be executed tomorrow at 8pm by lethal injection. But according to prison sources, the victim’s family is refusing to go the execution claiming they think he’s really doesn’t intend to go through with the execution.

Last year Dozier waived all his appeal rights and said he wants to die.

And the prison source we spoke with thinks Dozier is not serious about wanting to die and is just enjoying all the news media attention.