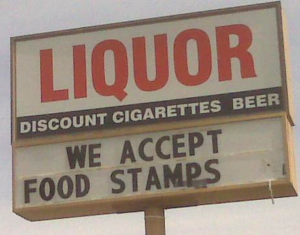 When Gov. Sandoval took office in 2010 the Nevada economy was already in a deep recession following the house market collapse. Gaming and tourism took such a big hit that numerous hotel projects stopped mid way leaving a torrid of metal skeletons littering the Las Vegas skyline. But now six years later Gov. Sandoval claims his stewardship has brought back the economy, but if that’s true how does he explain the explosion in new welfare claims and the huge expansion of the welfare industry here in the valley?

Perhaps the jobs Gov. Sandoval is bragging about creating are the 1,200 department of welfare employees here in Clark County where we now have over 12 welfare offices in the valley. If the economy is doing so well under Sandoval then how does he explain the following numbers:

According to welfare census numbers, 59% of new welfare recipients are suspected of being illegal aliens. Nevada Supplemental Nutrition Assistance Program (SNAP) saw an increase of 150% over just fives years under Gov. Sandoval. Sandoval pushed through the largest tax increase in Nevada history of $1.5 Billion, but only around $600 million actual found its way to programs related to education. Sandoval raised taxes to support the vertical increase of welfare cases. We now see where all the new jobs Gov. Sandoval created are. Government Jobs.