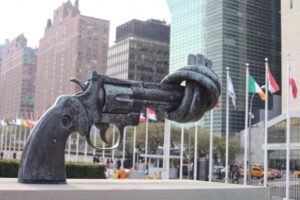 “The NRA opposes the Feinstein and Curbelo legislation,” Jennifer Baker, the director of public affairs for the NRA’s Institute for Legislative Action, told The Hill, referencing legislation in both chambers.

As the Federalist’s Seth Connell describes:

The bill that is ostensibly designed to ban bump-stock devices is gaining traction in the House of Representatives, thanks to the bipartisan group of legislators who are working on it. However, the bill is written in a terribly ambiguous way, that one could read into the text an effective ban on all semi-automatic weapons.

Late last week, I wrote about how the bill’s licentiously ambiguous language can be construed to mean that any combination of parts that is designed to make the rifle fire at a higher rate would become illegal. That means new trigger groups, bolt-carrier groups, gas blocks, charging handles, bolt release, mag release, etc. could fall under the bill’s language because of the ambiguity (and that’s by design).

Rather than specifically targeting bump-stocks, the gun-grabbers made the language to be as expansive as possible, so that all sorts of things can be read into the language. Rather than letting the text speak for itself, by providing specific things that are clearly and properly promulgated, the bill is written with the explicit purpose of expanding their power over us, and providing themselves any sort of legal avenue possible to come after anything we do with our firearms.

He goes on to say”“It shall be unlawful for any person … to manufacture, possess, or transfer any part or combination of parts that is designed to increase the rate of fire of a semi-automatic rifle,” the bill states. At no point does the proposed legislation specify a base rate of fire against which any illegal increases would be judged, a potentially fatal flaw in the bill’s drafting. As a result, the proposal arguably institutes a federal ban on any and all parts that would allow the gun to fire at all, since the mere ability to fire a semi-automatic weapon by definition increases its rate of fire from zero.

The design of semi-automatic weapons uses the recoil of the weapon generated by the gas explosion in the chamber when a round is fired to automatically chamber a new round, and prepare the weapon to be fired again. Because of this, any parts used in that process would likely be subject to the federal ban proposed in the Curbelo/Moulton bill, since they serve to increase the rate of fire of a semi-automatic weapon. Gas tubes, gas blocks, buffer springs, magazines, charging handles, ejectors and extractors, and even triggers themselves could potentially be banned under the bipartisan bump stock ban language proposed by Curbelo and Moulton.” 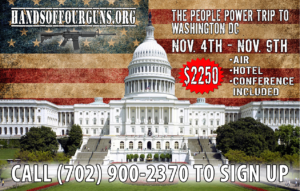