DID SHERIFF LOMBARDO FAIL TO POLICE HIS OWN DEPARTMENT?FBI INVESTIGATING METRO DETECTIVE

DID SHERIFF LOMBARDO FAIL TO POLICE HIS OWN DEPARTMENT? FBI INVESTIGATING METRO DETECTIVE 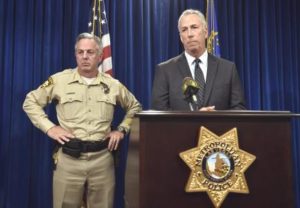 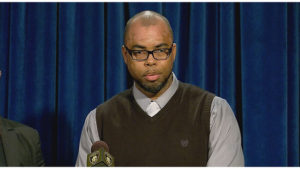 According to George Knapp, since 2014, the FBI has been investigating former Metro Detective Chris Baughman who was the lead detective in both cases involving convicted pimps Ocean Flemming and Raymond Sharpe. Both pimps have claimed Baughman had sexual relations with prostitutes who were also witnesses in their cases. “Raymond Sharpe, who provided text messages to the court which show Baughman had a romantic relationship with a prostitute who testified in his case.”

Knapp said “There’s more. A nearly identical motion has also been filed in the appeal of Raymond Sharpe. Defense attorneys had argued that the DA should be removed because Deputy District Attorney Liz Mercer, who was not only the lead prosecutor against Fleming and Sharpe, but likewise had a romantic relationship with Detective Baughman and is now married to him.”