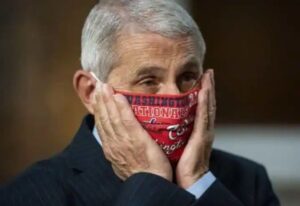 This week 360 News reached out to the CDC for an official number of Americans who’ve deaths were caused by one the three CV19 vaccines. The CDC website has no such information listed anywhere. Even their spokesperson could not find any such data on their website. The Vaccine Adverse Event Reporting System (VAERS) clearly states no such causation has been confirmed by the CDC for any of the 5,000 plus deaths reported. So we wanted to know how many deaths were caused by the vaccines, officially, according to the CDC. ZERO so far. The CDC’s spokesperson refused to issue any such number.

Meanwhile, the FDA is moving forward with full approval of the Pfizer CV19 VAX this fall which may lead to mandatory vaccines for everyone.

The VAERS system lists over 400k injuries and over 5900 deaths after folks took one of the three CV19 VAX.

An ER Doctors we spoke with who did not want to be identified told 360 News “The Biden Administration has totally and completely politicized the CDC and the FDA. The Biden CDC’s agenda is driving the science putting the health and safety of millions of Americans at risk. Doctors and ER staff need to know what health issues to look for if folks have negative reactions to CV19 vaccines. We rely on their data”.

The CDC’s Vaccine Adverse Event Reporting System (VAERS) listed over 3,000 reports of Americans dying after taking one of three CV19 vaccines. Even though the CDC continues to down play the deaths, and the media refuses to report the deaths, a closer look at the actual individual reports shows an undeniable pattern of folks dying within the same day after getting the jab.

None of the vaccines are fully tested or approved. They’re all listed as experimental. Vaccines, like drugs, typically go through a 8 to 10 year process to get approved by the FDA and CDC.

DETAILED INDIVIDUAL REPORTS OF DEATHS TO THE CDC VAERS SYSTEM.

1 of a hundred pages of reports of dead Americans.