DID OBAMA SPY ON SESSIONS AND OTHER TRUMP OFFICIALS ILLEGAllY?

DID OBAMA SPY ON SESSIONS AND OTHER TRUMP OFFICIALS ILLEGAllY? 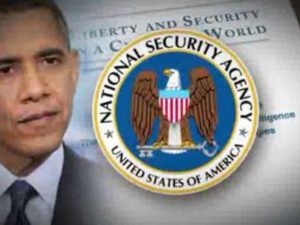 Today all the mainstream media is breathless in excitement about the revelation that the new US Attorney General, Jeff Sessions, met with the Russian Ambassador in his normal course of duties as a US Senator on the Senate Armed Services Committee. According to reports, Sessions also bumped into Russian officials at event with a large group of foreign officials hearing Session’s speech. The Media has refused to provide or disclose their source for the private meeting between Sessions and the Russian Ambassador.

Let’s remember, no one is saying the Russians actually hacked US voting machines and computer systems. They are accused of hacking the DNC computer system and disclosing Hillary Clinton’s efforts to rig the primary. That actually should be what our Republican Congress should be calling for a special prosecutor for.

So, while going through Session’s confirmation hearing to become the US Attorney General, he was asked by Sen. Al Franken whether he (Sessions) ever met with any Russian officials during the election? The question was obviously a setup based on information Franken already had.

The real question here is, did President Obama spy on a US Senator and other Trump Officials illegally without a warrant? We know Obama’s people illegally spied on General Flynn. The NSA, the CIA and other US government law enforcement and intelligence agencies are barred from intercepting communications I.E. phone calls or eavesdropping on Americans without a warrant from either the FISA Court or a federal judge.

We already know that Obama’s CIA spied on California US Senator Dianne Feinstein a couple of years ago.

“An internal investigation by the C.I.A. has found that its officers penetrated a computer network used by the Senate Intelligence Committee in preparing its damning report on the C.I.A.’s detention and interrogation program.

The report by the agency’s inspector general also found that C.I.A. officers read the emails of the Senate investigators and sent a criminal referral to the Justice Department based on false information, according to a summary of findings made public on Thursday.

A statement issued Thursday morning by a C.I.A. spokesman said that John O. Brennan, the agency’s director, had apologized to Ms. Feinstein and the committee’s ranking Republican, Senator Saxby Chambliss of Georgia, and would set up an internal accountability board to review the issue.”

So we know that Brennan, who is a known liar, was willing and capable of spying on US Senators. Did you ever hear any calls for a special prosecutor for him? Our Republican Congress refused at the time to investigate anything Obama did that appeared to have crossed the line. But now they are all to willing to go after Trump’s administration. And even today, they refuse to even comment on whether Hillary Clinton and the DNC should be investigated for rigging the election. When will the real Republicans show up?