DID Al-Qaeda WIN THE WAR ON TERROR AFTER ALL?

DID Al-Qaeda WIN THE WAR ON TERROR AFTER ALL? 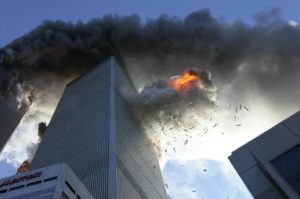 Seventeen years ago today, almost 3,000 of our citizens were murdered by radical Muslim terrorists sparking a war in Afghanistan and Iraq. I joined the U.S. Army in 2005 to serve and do my part. By then many Democrats had already raised the flag of surrender and the code pink ladies were yelling in the halls of Congress anti-war rhetoric in an effort to embrace Republican members.

Certainly reasonable people can debate the wisdom of going into Iraq in the first place and opening a second front. I get it. But this article is about how to win wars not whether we should have or shoudln’t have. That debate will go on long after.

The issue is, we didn’t lack the military power to root out the terrorists. We lacked the will and the aggression. We never actually declared victory in the wars in Iraq and Afghanistan because we never won. President Obama surrendered in Iraq and tied the hands of U.S. troops in Afghanistan for eight years. But U.S. Defense Secretary Mattis reminded us that aggression on the battlefield wins wars. By seizing the initiative and by showing no mercy, Mattis rooted out ISIS in less than a year.

But Radical Muslims seem to have won some hearts and minds. Led by progressives, Europe and the U.S. have opened our doors to refugees from the very countries and to the very people we have been fighting for the last 17 years. Those refugees have brought their hate and violence to our country and to the streets of Europe. Any mention of vetting them is met with calls of racism and lawsuits by liberals. Social media companies shut down any critical discussions about refugees and about radical Muslims. After all, it was 19 illegal Aliens who overstayed their visa’s that carried out the attacks on 9-11.

Obama’s eight years in office have once again proven Liberals wrong. We cannot make peace with people at war with us. Bill Clinton tried that in the 90’s and it led to 9-11. The undeniable history of humans, which liberals refuse to accept, is that humans compete for power and resources through violence. They always have and always will. The Korean War, the Vietnam War, and now the War on Terror all lacked “VICTORY”. World War II taught us that only peace through victory through aggressive war will bring long lasting peace. Nothing else has ever worked in 5,000 years of human history. We need to support Secretary Mattis and President Trump is their efforts to vet refugees, build our military and bring peace through victory in the war on terror once and for all.