Four years ago, a George Soros funded candidate for Clark County DA filed at the last minute ambushing DA Steve Wolfson with a barrage of left wing attack ads. I actually interviewed both DA Wolfson and his Soros backed opponent. His opponent refused to support the Death penalty even in the case of a mass shooting or a family murdered in their home. Steve made it clear in my interview that he supports the Death Penalty and continues to charge murders with the death penalty. 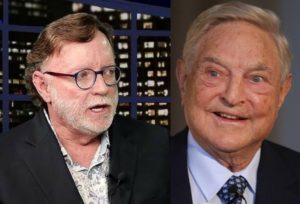 Liberal judges seem to find endless reason to block the death penalty from being implemented in Nevada. The last person executed in Nevada was Daryl Mack. He was executed in 2006 for the 1988 murder of Betty Jane May.

Clark County DA Steve Wolfson has opposed the most extreme criminal justice reforms like no bail and lowering some felony charges to misdemeanor charges by the Nevada legislature.

Wolfson is a target because he has refuses to go along with the Democrat Socialist’s efforts to tear down our criminal justice system and let criminals run free like the Soros backed DA in New York and LA.

No he’s not a Republican. Yes he’s supports back ground checks for guns which I challenged him on in my interview. But I can tell you from personal experience, after being a victim of an armed robbery almost 2 years ago, he and his folks really care about fighting for victims.