DEMS SECRETLY USE REPUB PRIMARIES TO KILL OUR ELECTORAL RESULTS

DEMS SECRETLY USE REPUB PRIMARIES TO KILL OUR ELECTORAL RESULTS 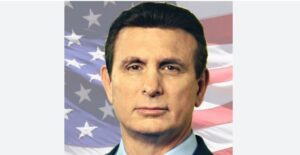 The Nevada Dems keep winning elections because they decide who’s running where before the actual primary elections, so they don’t waste time and money fighting each other. No serious Dem candidates ran against Dina Titus, Catherine Cortez Masto or any of the assembly and state senate candidates. BTW the Dems have their own internal conflicts between the Bernie Sanders commies and the Reid Machine folks. But they work out their differences ahead of time, which is one of the keys to their success in general elections.

Instead, take a look at the Republican primary for Secretary of State last year. We had a half-dozen really good candidates running for that seat. Many of whom raised six figures. Millions of dollars were spent fighting one another. In the end, Jim Marchant blew his $350K campaign war chest in the primary going into the general election broke against a Dem with no primary fight and a million bucks in the bank. Jim struggled to catch up but never quit did. If Jim had not wasted all the money in the primary, he actually may have won. Instead, Jim lost by a little more than 2 points. 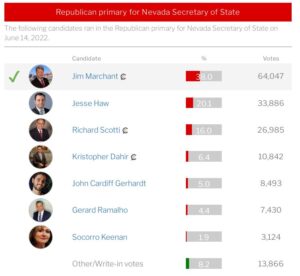 These primaries are used by Dems to tear down competitive Republicans. April Becker was forced to spend a ton of campaign cash in the primary fighting a guy from New Jersey with a really bad toupee. The Democrats poured big $$ into the toupee king’s campaign solely to defeat April Becker in the general election.

Harry Reid actually poured millions into the Republican primary back in 2010 all to helped Sharon Angel defeat Sue Lowden.

Now, I know Republicans worry about RINO’s being hand picked by powerful interests, but there has to be a better way forward. Perhaps we need pre-primary elections in the county and state committees to pick our candidates. I don’t want to see the invisible hand of a Harry Reid type choose our candidates, but let’s face it, we have a bunch of folks who don’t know their head from their ass running for office who refuse to listen to anyone with any experience. They waste our time and they waste valuable resources of really good strong candidates and keep helping Dems win elections.