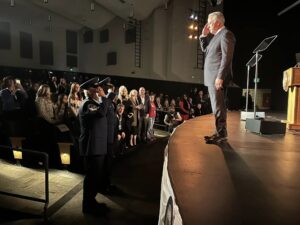 In addition, the Governor has ordered every department to review all its regulations and, along with industry stakeholders, and to report back with regulations that can be removed or streamlined.

In Executive Order 2023-003, Governor Lombardo ordered freezing the issuance of new regulations and requiring a review of existing regulations by all executive branch agencies, departments, boards and commissions.

In Executive Order 2023-004, Governor Lombardo directed all Nevada occupational and professional licensing boards to suspend the issuance of any new regulations, show cause for all occupational licensing requirements and to provide a recommended pathway for facilitating licensure reciprocity.

This week, Governor Lombardo also tapped Kirk Hendrick as the next Chairman of the Nevada Gaming Control Board and Christopher Sewell to take over the deeply broken DETR (the unemployment system).