According to Assemblyman Jim Marchant, sponsor of AB 171 Constitutional Carry Bill, a law that would allow a woman being stalked to carry a gun without any further permitting, won’t even get a hearing in the Judiciary Committee because Assmeblyeman Steve Yeager is blocking it. 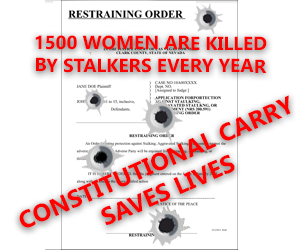 Under current law, a citizen must take a class, then submit paperwork to the local County Sheriff who then has up to 120 days to issue a Conceal Carry Weapons Permit. The main issue is that several women have come forward who have been victims of stalkers, and even after they passed a background check at a gun store, the women were forced to wait 120 days for a permit to carry the gun in their purse. According to FBI statistics , over 1,500 women are killed each year by their stalker, even after they have obtained a restraining order. The women had a terrible choice, as one put it “either break the law and live or follow the law and die.” The women didn’t want to be identified for obvious reasons.

But the Committee Chairman, Mr. Yeager won’t even give the bill a hearing according to Mr. Marchant who said “the Democrat Chairman (Yeager) of the Judiciary Committee told me that my bill (AB171) will not even get a hearing. Very frustrating. It is a good bill. The Democrats are denying the citizens of Nevada freedoms that are guaranteed by our Constitution. Shameful.”

Don Turner of the Nevada Firearms Coalition said “All bills that affect Nevada citizens deserve a hearing. And we support this bill.”

We called Mr. Yeager and asked for a response. We are still waiting. 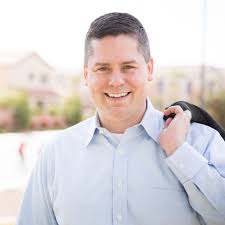