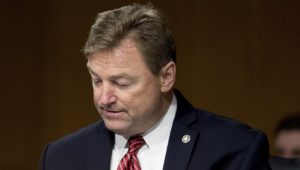 Over the summer when Dean Heller screwed Nevada voters by refusing to vote to repeal Obamacare and then embraced federal funding for abortions at a Reno town hall event, his mother, Janet, who is a regular at Northern Nevada Carson City Republican luncheons, openly apologized for her son’s flip-flops on Obamacare and abortion. By all accounts, Sen. Heller’s mom is a very conservative, good, decent woman.

According to women we spoke with who were at the Carson City Republican luncheon, Sen. Heller’s mother was visibility shaken and embarrassed by her son’s recent and very public actions.

And this wasn’t the first time. During the 2016 election, the Carson City Republican gave Sen. Heller hell over his refusal to support the Republican Party nominee, then-candidate Trump. And Heller’s mom apologized then too for her son’s very public position opposing Donald Trump.