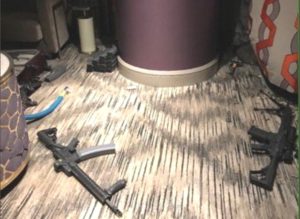 Today the federal indictment of Doug Haig was released to the public charging Haig with conspiracy to manufacture and sell Armor Piercing Ammunition in violation of 18 US Code 371.

According to the federal complaint, Haig was reloading ammunition at his Arizona home and selling the ammo at gun shows and on his website without a license from the ATF. According to the complaint, armor piercing ammunition was found in the Paddock’s room in the Mandalay Bay with Haig’s fingerprints on some ammo, where he allegedly fired form killing some 58 people and injuring over 800 people at the route 91 concert.

Sheriff Lombardo mentioned a suspect was being investigated as a reason why he could not release documents from LLVMPD’s investigation of the Vegas Mass Shooting in court last month opposing efforts by the media to obtain documents.