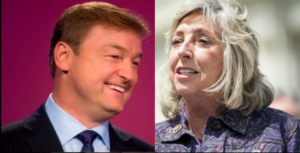 According to reports, Congress paid out well over $17 million in sexual harassment settlements with all the victims forced to sign or operate under confidentiality agreements. Each year Congress votes for its annual legislative branch spending bill, funding the Office of Compliance which handles the secret payouts of sexual harassment claims.

The compliance office says that “there is no restriction on whom you can tell” about pursuing a harassment claim, but victims are subjected to confidentiality requirements during their mandatory counseling and mediation periods. An aide who might want to speak out about their harassment claim, including talking to their employer, can ask to waive confidentiality during counseling.

The mediation process, however, remains subject to strict secrecy rules, including the use of non-disclosure agreements that bind victims from talking.

“The trappings of confidentiality, they permeate the process,” said Alexis Ronickher, an attorney who has represented several clients pursuing harassment claims through the compliance office. “The law is written to create a system to disincentivize staffers from coming forward.”

Tsui Grundmann said the compliance office does not require nondisclosure agreements, though parties to a settlement can choose to impose them.

“It’s good public policy for people to settle their claims in a setting where they can have an open conversation and know that conversation ends when the document is signed,” Tsui Grundmann said. “That’s not unique to us.”

Notably, the compliance office requires any congressional employee pursuing a complaint to obtain a password in order to access the forms they must file to request counseling or a mediation or to formally file a harassment claim.

According to Congressional reports, both Congresswoman Dina Titus and former Congressman Dean Heller voted for and approved the funding and policies of the House Compliance Office. Dean Heller served in Congress from 2007 to 2011 when Governor Sandoval appointed him to the Senate seat vacated by Senator John Ensign.

Republican U.S. Senate Candidate Sarah Gazala responded by saying “Senator Heller owes all those women victimized by his support for the sexual harassment cover up while in Congress an apology now. The American people demand transparency and accountability now.”