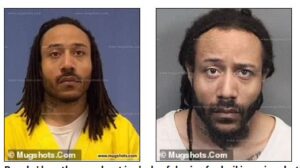 Darrell Brooks is the career criminal who mode down and killed 6 six people at a Christmas Parade in Waukesha this week while fleeing from police after committing another crime (allegedly). 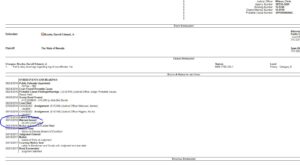 On 10/18/2006, Washoe County DA charged Darrell Brooks with Statutory Rape, violating NRS 200.364. Brooks plead guilty and agreed to register as a sex offender. But in 2016, Brooks was charged for failing to register his change of address violating NRS 179D.550.1 “Fail to obey laws/regs regarding reg of sex offender, 1st”.

The court issued a warrant which still shows on the Washoe Court Doc today. (The bomb threat charge was a different person). Felony warrants are entered into a national data base for every law enforcement agency to view. Brooks should have been held with no bail pending extradition back to Reno NV.

Nov. 11, 2021, so, when Brooks was only charged $1,000 bail for running over his girlfriend at a gas station they should have held him pending the warrant in Reno, Nevada. BTW according to police, before he ran her over, Brooks punched his girlfriend while screaming at her to get in his car.

The Milwaukee County District Attorney now says it was ‘inappropriately low’ given his criminal history. But court followed the bail reform movement instituted by Democrats and some Republicans.