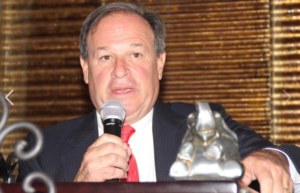 On yesterday’s Facebook post, 360Daily.net said Dan Schwartz supported a state income tax to replace the commerce tax. Many of our readers took issue since Schwartz himself denied any such thing at his announcement for Governor yesterday at the Men’s Republican Club luncheon. Here’s a little secret, “POLITICIANS LIE ESPECIALLY ABOUT RAISING TAXING WHILE RUNNING FOR OFFICE”

Here is Mr. Schwartz in his own words attacking businesses that move to Nevada to escape high tax states like California and New York. 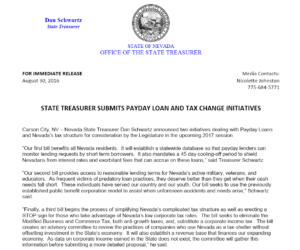 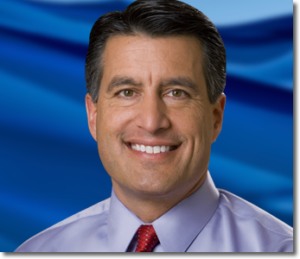 In a statement sent to 13 Action News on Wednesday, a spokeswoman for the Republican governor said he’s opposed to state treasurer Dan Schwartz’s proposal to replace the state’s payroll and gross revenue taxes on Nevada businesses with a corporate income tax.

“Under our existing tax structure, Nevada is once again one of the fastest-growing states in the nation in terms of job creation and population,” Sandoval spokeswoman Mari St. Martin said. “The Governor does not support an income tax of any kind. If the Treasurer wants to pursue this, he can make his case to the Legislature.”