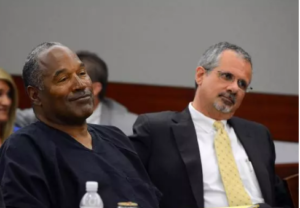 One often hears judges’ site rules that state that they cannot comment on public policy issues and or laws while running for office, otherwise they need to recuse themselves when those laws and issues come before them in court. Well Mr. Fumo has spoken out and legislated on practically every public policy issue of the day.

Attorney and former President of the Nevada Bar, Alan Lefebvre said “It would be unethical for any judge to rule on any law they authored as a legislator”.