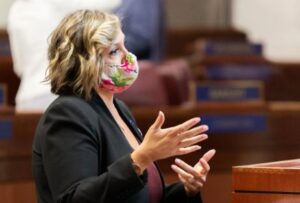 Yesterday, Nevada Democrat Senators, led by Senate Majority Leader Nicole Cannizzaro, tried cutting dental and eye care for poor Nevada kids by some $115 million in the middle of the night. The bill would have also cut education by some $43 million.

The bill started out in the Assembly seeking to raise taxes on the Mining Industry and cut spending for poor Nevada kids. Republicans used their super majority and killed the entire bill. It turns out, the Dems wanted to cut Healthcare and education for poor kids and use the money to repay furloughed Nevada State Employees.

Then Cannizzaro attempted to restore cuts to State employees made during the pandemic. Then it was discovered that Cannizzaro and the Dems received more than $300,000 in donations from AFSCME, the State Government Employee’s Union, possibly violating State law. Lawmakers are forbidden from receiving money before, during and after a session of the legislature meets.

In May, Gov. Sisolak announced he would call a special session to address the pandemic financial issues.

May 13, 2020 360 News Las Vegas wrote an oped about a proposed special session.  https://360newslasvegas.com/sisolak-special-session-possess-grave-dangers-to-civil-rights/

These donations don’t include donations made to individual Dem assemblymen and women. 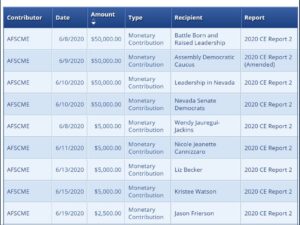 Cannizzaro’s leadership PAC, Born and Raised, received $75,000 directly from Government Employee Unions well within the 30 day from the start of the session, possibly violating State. 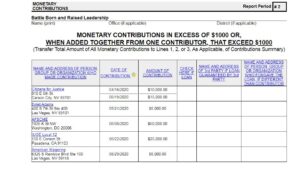 Direct from the NV Secretary of State Guide for lawmakers: