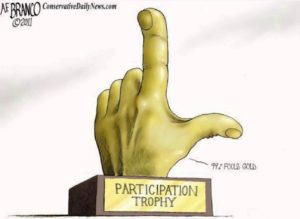 After last year’s devastating loss in the general elections it became apparent that the Republican Party system here in Clark County was dysfunctional and worthless to the candidates. The Clark County GOP raised less than $11,040 in cash donations for the entire 2017 election year.

This year the Clark County Grand Old Party is not doing much better. This quarter the party raised ZERO dollars. So far this year they have two donations from the same nice lady totaling $3,790. That’s $3,790 to get out the vote in this year’s municipal elections. $3,790 to register voters. $3,790 for phone banks and a walk program. And you wonder why we are losing ground every day to the Democrats?

The party lacks strong leadership with clear goals and a plan to get to accomplish them. Full of turmoil and infighting, the Clark County GOP is again heading for a crash in next year’s midterm elections if someone doesn’t step forward and take action.

On July 18, 2017 the Party will elect a new Chairman. So far neither of the two candidates, Acting Chairman Dave Gaffney nor Eddie Facey has shown the party their plans to win elections. Remember, that’s what the party’s job ultimately is. TO WIN! 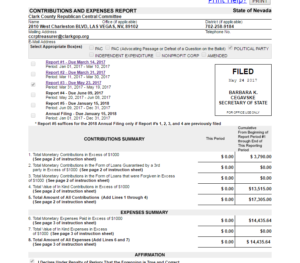