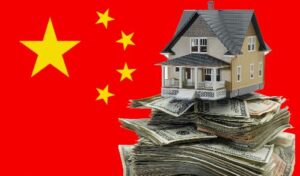 According to Socotra Capital, “In 2016, Chinese real estate investment totaling $33 billion. Between 2010 and 2015, China invested $350 billion in American real estate, with $93 billion of that going into single and multi-family residences.”

Following the last real estate market crash in 2008, Chinese investors bought up more than 44,000 homes in Clark County according to public records.

Today’s market surge has driven the medium priced home in Las Vegas over $400K. But who is buying all these homes? Lots of folks from Cali flush with cash after selling their grossly overpriced home there and quick cash companies. Several very well-funded companies like Open Door and Offerpad have emerged in the market place over the last several years, offering home sellers quick cash closings.

Buying a home has been the number one way the average American create wealth for themselves and their families over the last century. But with home prices surging, driven in part by foreign investors including the Chinese Government, the average American is now priced out of the market in most parts of California’s major metropolitan areas.

A home buyer with excellent credit can expect to pay around $3,500 with taxes and insurance totaling $4,400 per month.

Some local law makers are looking at restricting foreign investors from owning single family homes (which is the norm in most parts of the world) as a way to bring prices back in line with the actual end users.

We are quickly turning into a country of renters instead of home owners cutting off the number one way folks save for retirement and build wealth.