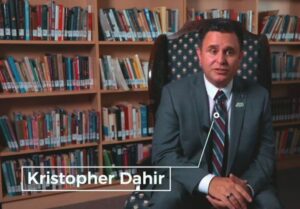 Kristopher Dahir, currently a Sparks City Councilman, is running for Nevada Secretary of State with the full throated support of Barbara Cegavske. Dahir was first elected in 2014 in the State Republican sweep.

Controversial Nevada SOS Barbara Cegavske, who was recently censured by the NVGOP, is fully backing Dahir to replace her next year. Cegavske claimed there was no significant voter fraud in the 2020 Election and fought Pres. Trump’s efforts to block mail in ballots in court last August.