IS PELOSI’S ASSAULT THE END OF DEMS’ WAR ON POLICE?

IS PELOSI’S ASSAULT THE END OF DEMS” WAR ON POLICE? 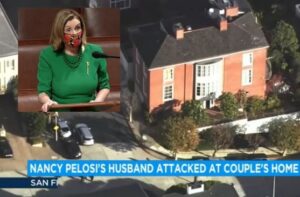 Unlike Pelosi’s daughter, who celebrated Sen. Rand Paul’s assault, let me be clear, no one deserves to be violently assaulted. That includes every single American.

Dems in Congress, led by Nancy Pelosi and in the Nevada legislature have pushed our society to the brink with violence, death, and chaos brought by their “criminal justice reform” policies. First, the Dems defunded the police, then they let the felons out of prison, cut bail for violent repeat offenders, and passed gun control, leaving us disarmed and vulnerable. Nancy Pelosi’s husband experienced what millions of American crime victims have experienced since the BLM riots set off a crime wave leading to the murders of thousands of innocent people. While I do not celebrate Nancy Pelosi’s husband’s violent assault, perhaps the police who saved his life can now be fully funded. Pelosi’s attacker was a homeless illegal alien (possibly a male prostitute). Maybe now we can end this failed “Criminal Justice Reform agenda” and secure our borders.

Even though the police were there within minutes, Pelosi was unarmed and is lucky to be alive. I bet he wished he had a gun at that minute. 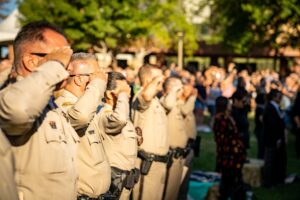 Pelosi’s criminal justice reform policies have caused the murder rate in Nevada to sky rocket by 70% since Sisolak took office.

The Nevada Police Union just issued a vote of no confidence in Gov. Sisolak and endorsed Sheriff Lombardo for Governor. Nevada is about to elect not one, but two top cops to lead Nevada. Clark County Sheriff Joe Lombardo is running for Governor, and Staveros Anthony, a 29-year retired Metro Police Captain, is running for Lt. Governor. They are on the brink of sweeping into office in less than 2 weeks. So if they win, what should their law and order agenda consist of? What will fix the broken criminal legal system, the prison system, and restore order to the streets?

360 News made a list drawn from law enforcement across the state:

What are your ideas to help maintain and safe and prosperous society?