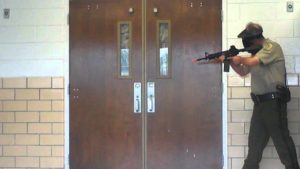 On February 18, 2018, 360Daily served the CCSD with a FOIA request for evidence that they conducted Active Shooter training drills at all 360 campuses with teachers and staff as required by Nevada Revised Statute.

(a) Post a notice of the completion of each review and update that its development committee performs pursuant to subsection 1 at the school;

After further investigation, 360Daily has learned that the CCSD, 5th largest school district in the country, failed to conduct any such drills with teachers and staff in 2016 and 2017. According to news reports, they just conducted drills this week.

CCSD School Police Capt. Ken Young speaking on the record with 360Daily, said his officers certainly train for such an emergency, but they do not conduct any Active Shooter drills with teachers and staff at their campuses. The CCSD Trustees recently cut the school police budget by over $1 million. There are around 140 CCSD police and 360 campuses to secure.

A weak ago, 360Daily discovered, while touring a middle school with a counter-terrorism expert, an extreme lack of security at several older campuses, including no security fencing what so ever and no permanent police or security presence what so ever. 360Daily was able to just drive thru the campus (the kids were gone on President’s day) because there were no gates. We also walked in the campus front doors and no one challenged us at all. 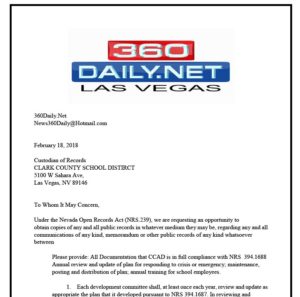