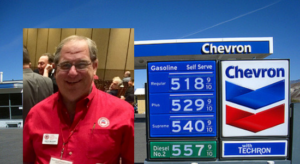 The price of every single item in the grocery store, at Walmart and all the items delivered from online retailers like Amazon, use truckers who use diesel fuel. We all pay more when Diesel Fuel prices go up. BTW many farmers and ranchers in those smaller counties depend on diesel fuel to run their tractors and manage their land. Raising Diesel Fuel taxes is a tax on all of us. If the counties need funds to support their infrastructure then perhaps we should cut welfare and medicare to illegal aliens first before raising fuel taxes?

If we want to avoid $5.00 per gallon fuel prices, including diesel, like those in California we need to hold the line on any new or increase in our fuel taxes. I don’t know many people who voted for Republicans to raise taxes.

Today in response to a resolution was filed for the May 21, 2019 CCRP agenda to hold Rogue RINO Republicans accountable for voting for a Diesel Fuel increase, Clark County Chairman David Sajdak wrote an open letter supporting the bill, SB48. 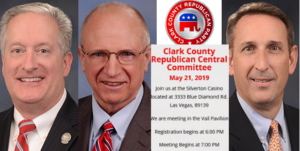 Authorizes certain local governments to increase diesel taxes under certain circumstances. (BDR 32-481)
Title: AN ACT relating to taxation; authorizing boards of county commissioners in certain smaller counties to impose an additional tax on diesel fuel; authorizing persons who use diesel fuel in motor vehicles operated or intended to operate interstate to request and obtain reimbursement for the tax paid on diesel fuel consumed outside this State under certain circumstances; enacting provisions governing the distribution of the portion of the proceeds of the tax on diesel fuel reserved by the Department of Motor Vehicles to pay reimbursement for the tax; revising provisions governing the projects for which certain smaller counties may use the proceeds of an additional tax on diesel fuel; and providing other matters properly relating thereto. 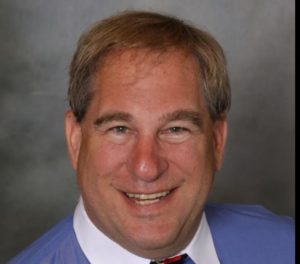 In the past 24 hours a blog post was written featuring a member of the CCRP.  Mr Casale is speaking for himself. This article appears to me to be purposely written  to mislead Republican Party members. On May 9, CCRP Treasurer Patrick Casale submitted the draft of a resolution proposing  adoption at the upcoming CCRCC Meeting on May 21, 2019.

This draft resolution is concerning the vote of three Republican Senators (Hardy, Hammond and Pickard) regarding their vote in favor of SB 48. Our Senators are in the fight on their Life for our Republican values against the real enemies the Democrats. They deserve our full support!

SB 48 specifically allows counties with populations of under 100,000 (Nevada Counties other than Clark or Washoe) to impose a tax on diesel fuel.  Prior to this legislation, only Clark and Washoe Counties had the ability to tax diesel fuel. The legislation does not create any new taxes in Clark County.

The Clark County Republican Party has not taken any position on this legislation, nor has this resolution been presented or voted upon. All Republican Senators have the support and backing of the CCRP as they are the duly elected Representatives.  CCRP meetings are open to all Republicans.

RESOLUTION SUBMITTED FOR MAY 21 AGENDA

WHEREAS, the Republican Party is the party of limited government, low taxes and fiscal responsibility;

WHEREAS, in 2018 The Republican Clark County Central Committee passed

PLANK #2 – Jobs & Economy: We believe that free market principles promote job growth and prosperity for all; therefore, we encourage policies that support small businesses and private sector job creation, while eliminating unnecessary government regulations and burdensome taxes; and that government should not exercise favoritism among competing businesses.