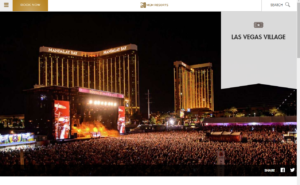 MGM owns both the Mandalay Bay Hotel where the shooter was perched and the concert venue at the Las Vegas Village across the street where 60 people were killed and over 500 people injured by a gunman.  One of the issues Eglet brought up is: Steve Wynn has his own strike force on the property made up of Special Forces Operators who can take an attacker out like Paddock in minutes.

According to Las Vegas lawyer Robert T. Eglet, his phone has been ringing off the hook with calls from victims of the shooting.

WATCH VEGAS LAWYERS DISCUSS WHETHER MGM HAS ANY POTENTIAL LIABILITY: