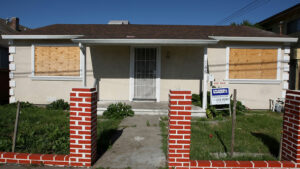 As fears over the corona-virus rise across the world, large gatherings are being cancelled everywhere. Las Vegas is built on large gatherings. From conventions with over 100,000 people from around the world to its brand new Raiders Stadium about to open, to the NFL Draft hosting some 500k folks, all now cancelled for the foreseeable future. Las Vegas cannot survive without large gatherings. President Trump cancelled his trip to Las Vegas last night and cancelled all flights from Europe for the next month at least.

Already buffets, conventions and flights have all been cancelled in Las Vegas. March Madness basketball games, cancelled. UNLV games will be played without fans in the bleachers. Clark County has some 2.8 million residents who all depend directly or indirectly on people traveling here from around the world all to spend money in our restaurants, shops, concerts, conventions and lose their money in our casinos.

Now, in an instant, its all on hold. Think of all the folks who work for the conventions, casinos, transportation companies, Uber, Lyft, restaurants, shops, and support companies. All those folks rent apartments or pay a mortgage, make car payments, buy stuff daily. Let’s face it, if Las Vegas shuts down for any more than a few months it will be an economic disaster equal to the great recession of 2008. Then imagine a shut downs lasting 6 or 9 months.

So now is the time to prepare for the worst by making sure you have some savings to live on if this goes on for any length of time. Crime will rise as more and more people become desperate. People may start leaving town looking for work elsewhere as they did in 2008. Real Estate prices will drop as banks start tightening their lending standards again and take a real close look at each new borrower, including home buyers, car buyers and businesses seeking capital.

Many folks are quick to point out that the actual number of people who have contracted and died from the Corona-virus is far lower than the common flu. But economics is based solely on fear and greed. If people see everything shut down, they will fear losing money and stop spending. Perception becomes reality.

Toilet paper panic buying is a perfect example of perception becoming a reality. Watching folks lose their minds and panic buying toilet paper this week made me stop and go buy some just to make sure I had my daily needs met.

The reality is, people are not coming to Vegas for the foreseeable future and that reality will impact all of our lives. Politicians and big businesses are no more prepared than you and I.