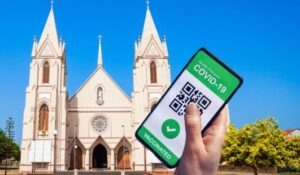 Pope Francis issued an edict, beginning Oct. 1, 2021, requiring all who enter the Vatican to provide a digital vaccine passport. The Church of Mother Teresa, who fed the poor and treated Lepers, now is refusing to issue religious exemptions for vaccines made with aborted fetal tissue.

Self-proclaimed socialist, Pope Francis issued the vaccine mandate for the Church but did not say whether a passport will be required for all Catholics to attend Catholic Churches throughout the world.

The Political leftist extremism of the Catholic Church was on full this last year when they refused to join other churches who sued to open their doors during CV lock-downs. When a handful of Christian Churches sued Governor Sisolak to reopen last year after the Governor allowed Casinos and Strip Clubs to reopen, not one Catholic Church in Nevada joined the lawsuit let alone spoke out.

And the Local Catholic Church refused to condemn Gov. Sisolak, a Catholic, over signing into law an extreme abortion bill which protected sex traffickers and predictors. 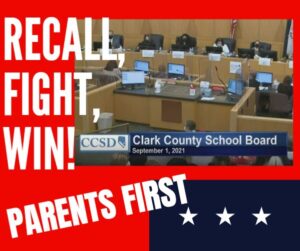