NV CAMPAIGN DOCTOR TURNS OUT TO BE A QUACK

NV CAMPAIGN DOCTOR TURNS OUT TO BE A QUACK 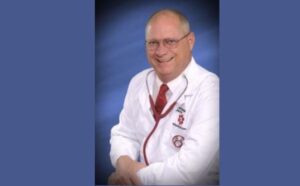 Chuck “You” Muth, excuse me, Dr. Chuck “You” Muth actually calls himself the Campaign Doctor and runs a campaign college. After the endoscopy Muth gave Nevada Republicans in the November election, this quack should never be allowed near another Republican campaign again. It’s too bad he’s not a real doctor; after his campaign consulting performance this cycle, his patients could have sued him for malpractice.

After the quack campaign doctor lost every race he ran this cycle, Muth has plenty of time on his hands now to write a hit piece, calling me “The Stupidest Man in Nevada GOP Politics” in an attempt to deflect his screw job on the NVGOP that costs us the SOS office for the next four to eight years. Muth claimed my math was all wrong when I attributed Jeanine Hansen “as one of several causes” of Jim Marchant’s loss in the general election. But of course he took what I wrote out of context, focusing only on the votes pulled away by his endorsed IAP candidate, because he knows his credibility went down the drain this month as “The Campaign Doctor.”

This is exactly what Dr. Muth said on his blog when he endorsed IAP candidate Hansen.

“The Stupidest Man in Nevada GOP Politics” (me) didn’t lose every single campaign race I ran in Nevada this cycle. According to public records, Sigal Chattah paid Muth’s political campaign company, Desert Fox, $21,000 to consult. Muth was on board to work for Scary Mary, the Democrat running for school board, until I discovered her husband was on the Teachers’ Union board of directors, oops. Muth lashed out at me then too. Then there was Annie Black’s congressional campaign, which he managed while charging her at least $30k; she lost in the primary. Melissa Blundo hired Muth to run her brief campaign, and he charged her $2,500 for what? Before that, Chuck Muth collected $6K to run another failed Assembly race in Pahrump. Dr. Muth did succeed in getting a dead pimp elected to the state assembly.

Michel Roberson in his bid for Lt Governor

Joe Heck, a nice guy but a very moderate Repub 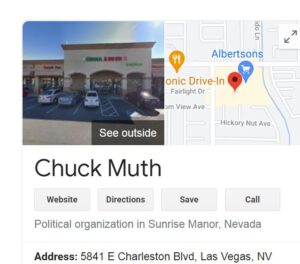 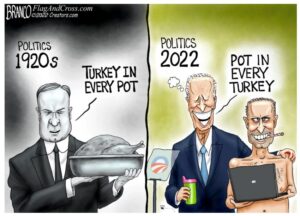