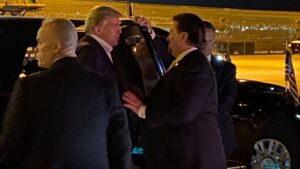 According to media reports, the FBI seized the cell phone of Michael McDonald, the Chairman of the NVGOP and a close friend of President Trump. The FBI, under former Nevada State Assemblyman, now U.S. Attorney for the Southern District of Nevada is leading the charge here against Republicans close to Trump.

According to reports they seized his phone as part of an investigation of the alternative electors submitted by the NVGOP in 2020. Not sure what evidence they hope to gather from his cell 2 years later? 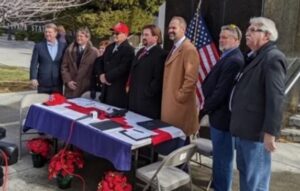 Even our own Liberal Democrat run Channel 8 News reported

“the Nevada Republican Party’s six electors signed paperwork signaling their support for former President Donald Trump in a symbolic ceremony devoid of any legal merit, which was held in Carson City and coincided with the official state-sanctioned tally on Dec. 14, 2020.”

“Lets put this in prospective. The Democrat controlled Feds are targeting the elected leaders of the opposition party in the middle of a general election over a symbolic ceremony almost 2 years ago. This is an obvious effort to help Harry Reed’s handpicked SOS candidate by targeting Jim Marchant.”

Marchant also signed up to be an alternative elector. 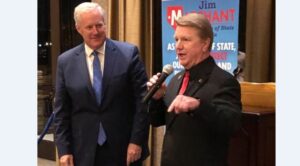