BESTIALITY LEGAL IN NEVADA BUT NOT FOR LONG-THANKS TO DEMOCRATS

BESTIALITY LEGAL IN NEVADA BUT NOT FOR LONG -THANKS TO DEMOCRATS 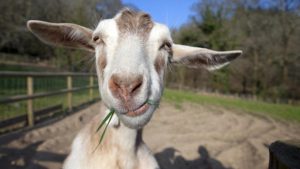 Nevada is only one of nine states in the U.S. where bestiality is still legal thanks to Democrats who have controlled the State Legislature for most of the past 20 years. But this year Democrats and Republicans are working together to pass Assembly Bill 391 to outlaw beastiality in Nevada. The bill passed the Assembly with unanimous support.

The bill is now in the State Senate awaiting final passage. If AB 391 passes it would make bestiality a gross misdemeanor, which means you can get more time for carrying a gun concealed without a permit then having sex with an animal in Nevada thanks to Democrats.