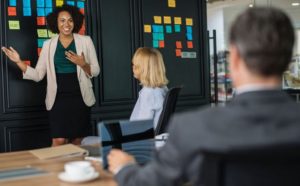 After watching men dragged through the media mud over the past year or so with accusations by unnamed women, and no presumption of innocence, men are now obviously reluctant to hire women. And it doesn’t matter the age or how attractive a woman is. Every woman now has the power to ruin a man’s reputation with just an accusation.

According to the media, every woman is to be believed and all straight men are dogs. BTW it seems gay men are immune to this. So why would any man hire women and risk his business and reputation? It all started a year and a half ago when single, unmarried Congressman Ruben Kihuen was accused of allegedly asking out women while in office. The women’s names were protected by the press, and Kihuen was forced to resign from Congress. He never had his day in court nor did he have a chance to fight back in the court of public opinion. His character was assassinated without a shot fired back.

Then Steve Wynn was targeted and force to resign from the very company he started all because he allegedly asked for a happy ending from a massage therapist at his property.

Then the world was forced to watch the Brett Michael Kavanaugh soap opera, as the Judge was forced to account for his actions in High school and College when a girl from 40 years ago accused him of rape at a party.

Lesson learned. U.S. Vice President Mike Pence, said he avoids dining alone with any woman other than his wife.

Men don’t even need to hire woman to be vulnerable to accusations. Just meeting with a woman alone in your office can provide an opportunity for false accusations. Business men must protect themselves by never meeting with woman alone. They must have the door open and or a witness in the room at all times. According to Bloomberg News, Interviews with more than 30 senior executives say they are spooked by #MeToo.

Across the board, male executives are scared to hire women now. And women are finding it harder and harder to just get hired.

Even though most woman are honest and just want to do the right thing, as long as there are those women out there who see this as an opportunity to shake down men for $$, men must take ever precaution.