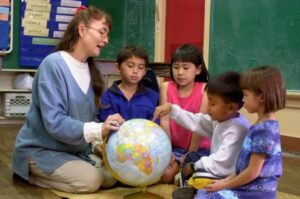 After the Clark County School Board sacked another Superintendent last week, the board will meet tomorrow to discuss searching for another candidate to hire as Superintendent and thus starting the cycle of failure all over again. The structure of CCSD will doom any new Superintendent because he/she must answer to seven elected Board Members who have their own political and personal agendas. And because the CCSD is too big for just one person to rule he/she will end up in conflict with members of the boards.

CCSD’s budget is well over $4.8 Billion a year. That’s more than the Government of Afghanistan. That’s more than bottom ten countries in the world. CCSD employs 54,000 people and has over 340,000 students serving 2.6 million people in Clark County. CCSD has been and continues to be at the bottom of performance scores and outcomes in the Country. CCSD has come in 50th several times over the past 20 plus years. And every couple of years the politicians call for tax increases to help fix CCSD. And nothing ever seems to help.

Keep in mind, School Board Trustees get $750 per month to lead all of this. School boards have always been considered a part time position for activist parents or retirees to get involved in the process. But clearly CCSD outgrew this governing model decades ago and there lies the real issue.

The question comes down to, who do the Trustees serve? Some would say the children. Many would say they serve the unions, and corporations that provide products and services to the school districts throughout the country. But they’re wrong. The Trustees serve the people who voted them in and pay the taxes. That’s the parents.

After firing Dr. Jara, the School Board has an opportunity to reshape itself and lead. It’s time the School Board members hire themselves as Superintendents and run their respective districts day to day. Instead of paying the next Superintendent $400K plus to govern, the School Board should pay themselves just as the Clark County Supervisors or City Council do. As full time leaders Trustees will meet with teachers, staff and oversee their districts with some bit of autonomy. After all, the needs of hungry kids on the Eastside are different than the needs of kids in Summerlin.

The Trustees could still meet twice a month at board meetings and administer the entire district. We still need someone to administrator the school buses, the school police and other district wide services. So they would hire an Administrator to run those services, but the elected Trustees would run their respective districts. We need School Trustees who are accountable to the parents. We need full time School Trustees who work day to day with the parents and teachers to address the needs of their children. The days of the part time board members are long past. It’s time we elect folks to actually serve the people who elect them and pay their salaries, the Parents. 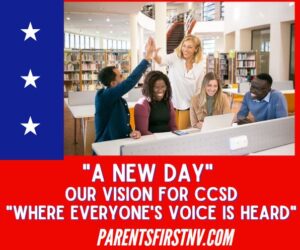