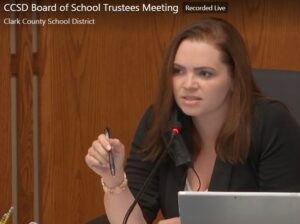 Last night, the Clark County Teachers’ Union leadership were in the hot seat answering questions about why medical bills for thousands of teachers have gone unpaid. Many teachers have spoken out at Clark County School Board meetings expressing their frustration about their doctors now refusing to see them because they still owe money from previous visits. Some teachers have had medical bills go to collections and hit their credit reports. 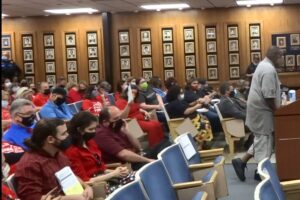 The Teachers Union had folks at last night’s meeting seemingly pressuring School Board members to just fund the short fall of $42 million dollars. But quickly into the questioning, it was apparent the Teachers’ Union Leadership had a lot of explaining to do.

With the School District received some $770 million in CV19 relief finds and an additional $200 million in State funding tied to the new mining tax, the Teachers’ Union seems to be trying to shake down the Trustees for more money wit this Health Care funding crisis. 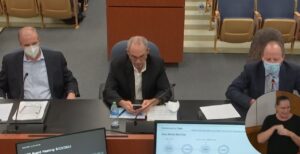 The Teachers’ Union’s political power was evident as board members seemed willing to back fill the shortfall rather than investigate the short fall/missing funds. The Union reps said they are flirting with Bankruptcy amid the insolvency of the fund.

Board Member Katie Williams questioned the competence of the Health management. Williams drilled them, asking if anyone was fired? No one was fired over the mess, they answered.

Board Member Danielle Ford asked them, on the record, if they had any outside financials interest or conflicts of interest they would admit to on the record whatsoever. No they said.

Board Trustee Lisa Guzman spoke with 360 News expressing deep frustration over the missing $42 million and the ongoing monthly losses the Teachers’ Union health Fund continues to suffer. The Teachers Union told the board they plan to repay the missing funds over the next 36 months. In other words, teachers’ outstanding medical bills won’t be fully paid for off for 36 months.

Guzman said the School District and the Union are in negotiations over the short fall. The problem is while the negotiations are ongoing, teachers healthcare continues to lose money without any plan put forward to fix the shortfall or answer for the missing funds.