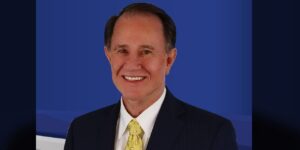 Richard McArthur, candidate for Assembly District 4, lost two years ago by less than 130 votes to a left wing socialist gun grabber after serving in the State assembly for 3 sessions. Richard was rated as the top 3 or 4 most conservative every year. For over 39 years, Richard has called Nevada home. Richard wants to make sure that Nevada is a great place to live, work, raise a family and retire.

Richard got a BA in Economics from University of California, Davis. Then Richard served in the U.S. Air Force pilot for 6 year during Vietnam War, then served in the FBI as a special agent for 25 years chasing bank robbers, terrorists and corruption.

Richard must be the hardest working candidate I’ve ever seen. He actually tries to walk and knock on every voter’s door. He works overtime in the summer heat meeting voters. His work ethic extents to his time in session. Unlike many of our state lawmakers, he actually reads every bill, all 1,000 of them. Richard has stood against tax increases purposed by both Democrats and Republicans. Richard has never voted against the 2nd Amendment. Richard is unapologetically Pro business and Pro life.

Richard defended America in the Vietnam War for 6 years, continued to defend America as an FBI agent for another 25 years and now he defends Nevadans in the State Legislature. 360 News is proud to endorse Richard McArthur, the defender, for Assembly District 4.