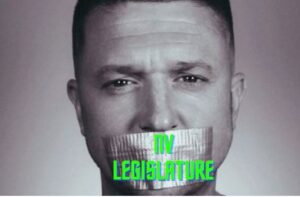 Citing CV19 as her excuse, Legislative Counsel Bureau Director, Brenda Erdoes, claims to have the authority to ban Independent reporters from the legislative building under a vague law that gives the director the authority to “manage” the building. Last year during the special session, Erodes claimed she was just following the Governor’s directives when she banned reporters and the pubic, even as then casinos and strip clubs were open.

In early December, airlines have been operating at full capacity, even filling the middle seat. Governor Sisolak just raised the occupancy level for Churches back up to 50%. But Erodes, refuses to raise the occupancy up at all since the special session last summer. In fact she claimed she had no idea what the total allowed occupancy of the State Legislature is.

But what’s even more outrageous about Erodes’ actions are that she is allowing only pre-screened liberal reporters into the building. Only insider lib reporters who are members of the Nevada Press Associations are allowed in the building during the session.

Erodes is already being sued by several lobbyists in Federal Court as we speak for violating their Constitutional rights.

Brenda Erodes has assume powers to shut out the public from the legislator in Carson City for the 2021 session over CV19 safety claims Erodes has shut out reporters the left doesn’t want in the building by limiting reporters access only to the left media Nevada Press association.

At issue in the lawsuit is the fact that an unelected Bureaucrat named Brenda Erodes shut out all lobbyists (and the public) even though we all know they’re still lobbying on the phones and at Taverns and bars across the street.

“Anyone who acts as a lobbyist is supposed to register with the Legislative Counsel Bureau within two days after beginning lobbying activity. NRS 218H.200

54. In normal, non-pandemic times, Lobbyist register with the Legislative Counsel Bureau and appear on an online registry where their information and clients are listed.

55. But as the building is closed to the public and to lobbyists, Plaintiffs are denied access to enter the building and register under the normal procedure. Only lawmakers, staff and a small number of reporters are allowed in the building”

Even though Governor Sisolak just raised the occupancy for Churches to 50%, Erodes refuses to allow the public into the building. When 360 asked Erodes what the total allowed occupancy of the State Capitol Building was she didn’t know or won’t say. Erodes’ rules are arbitrary and unlawful according to the complaint.

I guess the Left is afraid of the 700K people they put on a failed DETR unemployment system or the 10k business owners they put on the verge of BK or out of business altogether.

Las Vegas lawyer SIGAL CHATTAH told 360 News “Whether you call it advocacy or lobbying, the ability to petition our government for redress is a constitutional right, not a partisan policy.”