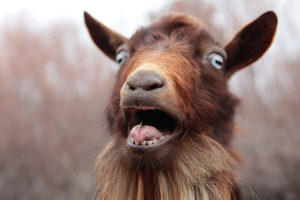 Nevada was only one of nine states in the U.S. where bestiality was still legal thanks to Democrats who have controlled the State Legislature for most of the past 20 years. But this year Democrats and Republicans worked together to pass Assembly Bill 391 to outlaw bestiality in Nevada. The bill passed the Assembly with unanimous support.

AB 391 made bestiality a gross misdemeanor, which means you can get more time for carrying a concealed gun without a permit then having sex with an animal in Nevada, thanks to Democrats.

The Offical Record for AB 391:

AN ACT relating to crimes; creating the crime of bestiality; providing a penalty, and providing other matters properly relating thereto.
Legislative Counsel’s Digest:
Existing law creates various crimes against public decency and good morals and provides penalties to be imposed upon persons who commit such crimes. (Chapter 201 of NRS) This bill creates the crime of bestiality and sets forth the punishment for the crime. Under this bill, a person who commits the crime of bestiality is guilty of a gross misdemeanor, except that the penalty is increased to a category D felony if: (1) the animal dies or suffers serious bodily injury as the result of the crime; or (2) the person has a previous felony conviction for animal cruelty. This bill further requires the court to order a person convicted of the crime of bestiality: (1) to relinquish and permanently forfeit ownership or possession of all animals which are in the same household as the person; and (2) not to harbor, own, possess, keep or exercise control over any animal, not to reside in any household where an animal is present and not to work at or volunteer for a business, animal shelter or other places where the person may access an animal for a period determined by the court. Finally, this bill also authorizes the court to order a person convicted of the crime of bestiality:  (1) to undergo a psychological evaluation and any recommended counseling and to pay the expenses for such an evaluation and counseling; (2) to pay all reasonable costs incurred for the care and maintenance of the animal involved in the crime and any other animal that is relinquished by the person; and (3) if the person is not the owner of the animal involved in the crime, to reimburse the owner of the animal for all medical expenses incurred for treating the animal.