2018: IF THIS YEAR’S ELECTION IS STOLEN BY FRAUD IT WILL RESHAPE NV FOREVER

2018: IF THIS YEAR’S ELECTION IS STOLEN BY FRAUD IT WILL RESHAPE NV FOREVER 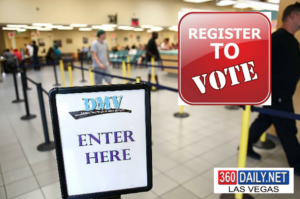 360Daily.net discovered that Clark County Elections division has operated on the honor system for years and refused to implement any kind of system to check the immigration status of registered voters. The DMV is under a court order to transfer voter registration forms from legal and illegal aliens to elections departments.

In a document received by 360Daily.net from the Clark County Elections Department in November 2017; they said “We do not have access to any database which can identify legal and illegal aliens in our voter registration system. Therefore, we do not have the ability to provide the records listed in your public information request.”

The Clark County Elections Department admitted in their response that they are not checking the citizenship status of any voter registration forms submitted to their office from the DMV and or any other sources. They go on in their response letter to say they operate on an honor system. “It is the voter’s responsibility to verify that they are eligible to vote.”

Over 82% of those DMV employees responsible for handling voter registration paperwork are Democrats themselves, according to those same inside sources. According to sources, they identified the names of the staffers and checked their voter registrations on the elections department public website and the found that 82% of those employees checked were in fact registered Democrats.

360Daily.net also learned last year that Sec. Cegavske in March 2017 signed off on a Memorandum of Understanding in response to a lawsuit filed by the Las Vegas ACLU and Mi Familia Vota Education Fund to enforce the National Voter Registration Act of 1993 (NVRA).

A statement issued by Sec. Cegavske about the MPU dated March 13, 2017:

There is no way Republicans can win this year’s election with tens of thousands of illegal and legal aliens on the registration rolls. If we don’t take action now Nevada will certainly become California and it will be lost forever. 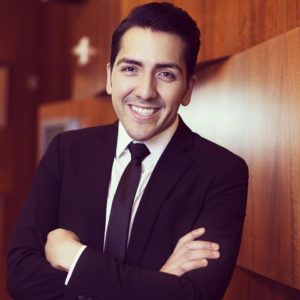 The Democrats are running this guy for Nevada Secretary of State.

Assemblyman Democrat Nelson Araujo is pro-motor voter, pro-transgender, pro-amnesty, pro-sanctuary city, Pro-DACA and against Trump’s voter integrity investigation is now a candidate for Nevada Secretary of State. Araujo supports motor voter laws that register everyone automatically when they go to the DMV even if they are not a citizen. The DMV currently has no way to split off those with a green card from citizens in their computer system.

We must Build A Digital Wall around our election system that protects the rights of all Nevadans: