REID LOSES LAWSUIT AFTER CAUGHT LYING ON THE STAND

REID LOSES LAWSUIT AFTER CAUGHT LYING ON THE STAND 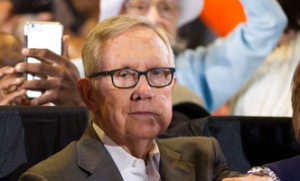 A Clark County jury ruled against former Senate Majority Leader Harry Reid’s lawsuit against exercise equipment maker Hygienic Intangible Property Holding Co today. After the court processed some 150 prospective jurors in an effort to seat an unbiased jury in a civil law suit brought by Reid and after over a week of testimony the jury ruled against Reid in short order.

BTW Harry Reid is still a lawyer in good standing according to the Nevada State Bar. Bar # : 1618

No word on whether Nevada Democrats are still planning to change the name of McCarran Airport to Harry Reid Airport after his obviously perjured testimony.