JOHN LEE, MAYOR OF THE MURDER CAPITOL OF NEVADA

JOHN LEE, MAYOR OF THE MURDER CAPITOL OF NEVADA 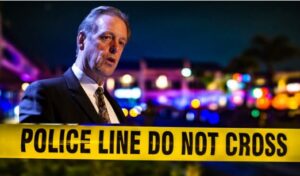 John Lee, who recently switched parties from Democrat to Republican in order to run for higher office, has been the Mayor of North Las Vegas since 2013. And since then, crime, including murders and gang crime, has exploded on John Lee’s watch. BTW Lee appoints the North Las Vegas Police Chief and sets police policies.

Local commercial property mangers we spoke with complained about the city’s failure to follow up on burglaries and other criminal activities they continue to suffer with. One commercial property manager complained about homeless sleeping in front on the sidewalks, shootings in his parking lot and stores burglarized. He told 360 “The cops do nothing”.

According to police we spoke with on condition of anonymity, Mayor Lee pushed out good cops, and hand picked affirmative action hires for leadership roles to bolster his political image. Other leftist policies instituted a “North Las Vegas Police Department Hispanic Civil Academy”. 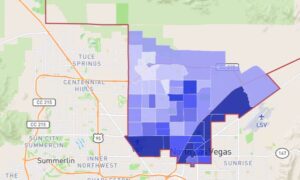